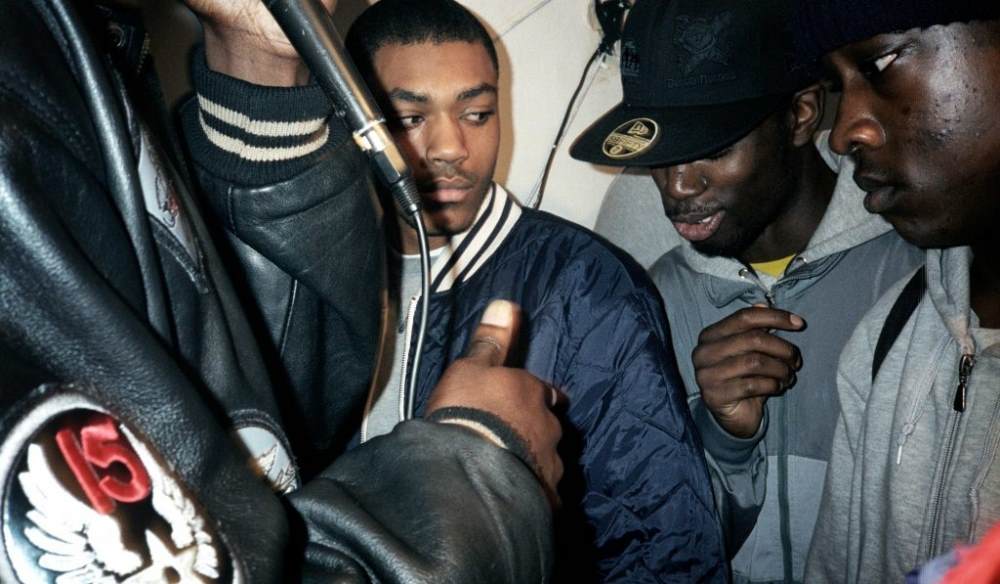 As I mentioned previously, I will be looking at each song off Kano's classic debut album 'Home Sweet Home.' Through each track I will explore different themes, Kano's career, the artists featured on the track and more.

To kick the album off, we have a stripped-down beat from frequent Kano collaborator Mikey J, and Kano rips this beat apart. This is the perfect intro to a debut album, Kano showing a hunger, confidence and desire to make it. Lines like “been developing since Plague and Pay As U Go Days,” and “I'm trying to perfect my flow flows, So my doe grows loads, like Pinocchio's nose,” show that Kano was consistently perfecting his craft in order to make himself. Many MCs have had the problem of trying to top their debut album. Artists like Dizzee Rascal with 'Boy In Da Corner,' Nas with 'Illmatic' even Jay-Z with Reasonable Doubt have had to combat fans and critics who want them to return to the sound that made them known. And many times the reasons that debut albums are held in such reverence is because of the hunger." With lines like "But I knew I would burst on a different vibe since the 21st of the 5th 85" Kano shows that one of the reasons that debut albums are sometimes the best an artist releases, is because their whole life has been leading to that moment, whereas a second album is a couple of years difference. Kano embraces that in those 20 years of life, Kano has been refining his flow, his lyrics, his artistry, to release this piece of work

The song itself presents the crossroads that an artist like Kano faces, on the cusp of making a huge name for himself, he had to make a choice between “Home Sweet Home” and making it big. Many artists feel that pull between staying true to the ends and getting out. Kano’s career has been winding and has included moments where fans felt he was becoming more mainstream. Albums like ‘London Town’ and ‘Method to the Maadness’ saw many feel that Kano had abandoned that sound that made him, with reviewers feeling he was chasing the mainstream to much.

But when Kano brought himself back, his career came full circle and he entered the elder statesman role that he now has. The release of ‘Made in the Manor’ saw Kano return to form, showing maturity and introspection that was much appreciated by those who had been following his career since the early days. And with that album he took it back to East Ham with classics like ‘T-Shirt Weather in the Manor,’ ‘This is England,’ ‘A Roadman’s Hymn,’Endz’ and ‘Seashells in the East.’

On Home Sweet Home, Kano presented a dichotomy between the ends and making it big: "Look, I love the road, The tarmac the white lines, the double yellows the zig zags and the bright lights, I hate being in the limelight, But I love being on the page or on the stage at prime time"

But as his career progressed, he discovered that taking it back to the ends is what would get him on the page and on prime time stages. With the release of his last album ‘Hoodies All Summer’ Kano has headlined Royal Albert Hall, appeared on Jools Holland and won a Q Award for Outstanding Contribution To Music. ‘Hoodies All Summer’ featured a track that took him all the way back to pre ‘Home Sweet Home’ days with the modern classic ‘Class of Deja’ featuring D Double E and Ghetts, 2 MCs who Kano came up within N.A.S.T.Y. Crew, and both featuring on ‘Home Sweet Home.’ And ‘Pan-Fried’ featuring Kojo Funds was another East London anthem.

Kano’s career path has been a testament to the fact that you can represent your roots and make it in the mainstream on your terms, even if it takes the mainstream a while to come around.

The song rounds out with the chorus with lines like "Home Sweet Home,That's where I come from, Where I got my knowledge of the road and the flow from" with Kano showing that is Home that made him, giving him the knowledge, the tools and the skills to make something for himself, but also showing the knowledge of the road life. Then "Where the grass ain't greener, of half-hard workers half are dealers" that home may not be desired by others, and that making it out of there for many means getting involved with illegal activity. And the last line: "Where I feel meaner, so I spit trying to fill Wembley Arena." Kano is taking everything that home has taught him, the good and the bad, and his channelling that energy towards success, signified by filling Wembley Arena.

The next track on the album is Ghetto Kid featuring Ghetto and presents another side of ‘Home Sweet Home.’ Starting with the chorus with lines like “I hope these people know, don't fuck with me, I always got my knife and I could get the 9 milli,, Cos I'm a ghetto kid, I said I'm just a ghetto kid” Kano starts his verse off with “I'm a ghetto kid, East London were the metal is, Where big shotters lick out white mountains like Everest” This song is Kano representing those who the system forgets, those who slip through the cracks. It also builds on the narrative of an artist looking to make a name for themselves but staying true to the ends along with asserting exactly what the ends are. That even when you are performing on mainstream platforms, you can't forget where you've come from, and his feeling still is: "I'm a ghetto kid, I do ghetto shit, Ghetto gigs at ghetto raves and draw ghetto chicks.”

The song also highlights that there is a comfort in your locality, no matter the negatives “I love the road sweet road, And I always feel safe cause I'm home sweet home, If it's a mad ting then it's fine with me, I always got my knife and I can get the 9 milli” This is a much younger Kano, who now has become a lot more reflective and observant and critical of the system that puts people in “ghettos.” On ‘Hoodies All Summer’ tracks like “Good Youtes Walk Amongst Evil” and “Trouble” Kano discusses the circumstances and ramifications of being that Ghetto Kid

The second verse features what seems like a much more subdued Ghetts (then going by Ghetto) than we are used to. On this track, Ghetts employs a slower flow than he is known for. Ghetts’ career path could be a whole series in itself, but this track isn’t the Ghetts we know now, it is Ghetto, fresh out of prison Ghetto, still on road Ghetto, a Ghetto whose focus on music might not be the same as it is in 2020: “They asking in the hood when my album is coming, I'm like look I ain't changed one bit,bIf I pass through the hood and your Audi is running, You know I'm a crook I'mma take that shit, Take that shit then I'm out, it's nothing, And if they know about me don't doubt me or think I'm bluffing”

The first 2 tracks of this album really highlight 'Home Sweet Home' aspect of the album but in different ways. The title track, home is what made Kano what he is, but he also wants to use what he learnt to make it in a big way. 'Ghetto Kid' is the grittier side of the home where Kano still finds comfort.

Next week, it's the first single, the seminal banger that is 'P's and Q's' and 'Reload It' featuring D Double E and Demon