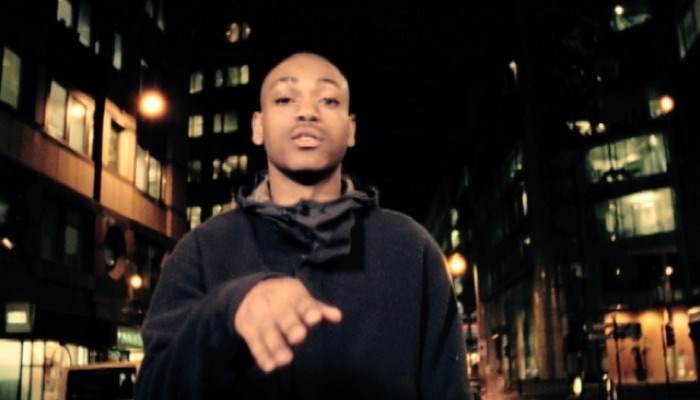 Sometimes a debut single drops and it is like the artist came along and planted a flag and said: “‘I’m here now.” That’s what P’s and Q’s did. Kano didn’t show any nervousness or anxiety for someone about to drop a major label debut album. Instead, Kano presents himself as what he was at the time, an underground star. He wasn’t big enough for Jools Holland or the Royal Albert Hall yet, but he could roll up anywhere and get a reaction:

Everything about this track is iconic and is sure to bring back vivid memories for those who remember when they first saw it on Channel U. From the pounding and frenetic DaVinChe beat to the video to the lyrics on the track themselves, as soon as you hear or see one part of it, instantly your mind remembers the rest of it. Who can resist getting ready to spit those opening bars as soon as you hear the first few notes, the beat building up to a burst as Kano comes in “some manors don’t like me, they try and bad mind me when Kano comes to town.”

And the video, with Kano walking through streets of London by himself, confidence brimming, presenting himself as a fully formed artist. The only other appearances are people showing him love, including his at the time label-mate Mike Skinner, almost a passing of the torch moment after Mike’s huge success with the first 2 Streets album.

The song also brings up themes that I spoke about in last week’s piece, that is of making it mainstream with lines like “I'm too deep, How can Kano stay underground?” a clever bit of wordplay both highlighting the depth of his lyrics following it up with a question of how can he stay underground with lyrics like that. Kano also touches on his building the foundation of the Grime scene “I couldn't give a shit, I'm breaking the scene, Making a scene then start making the cream” highlighting that he is one of the forefathers of the genre. And Kano is still young, in recent years, Kano has become an elder statesman in the UK. His last album ‘Hoodies All Summer’ spoke a lot on the reasons for and the effects of knife crime, from the point of view of someone who lived around it and now has come out the other side. But Kano has always had that to his music, and highlights it on here with the line “I speak to youths on a level, and speak the truth.”

'P's and Q's' is the perfect introduction to Kano, witty wordplay, impeccable flow, the confidence and swagger to dominate the track. On this track, Kano showed why he was so revered in the underground scene that made him. At the time of the song’s release, Channel U was full of big all-star collaborations following the success of Pow. Kano here bucks that trend by spitting solo and making a point of it, the classic chorus proclaiming:

If you see me and I ain't with my crew, Believe I'm on my P's and Q's, Even on my own two, That's the difference between me and you

With this song proclaiming, I'm here now and I'm doing my own thing, something he has continued throughout his career. Kano seemed ready to take on the mainstream in his own way. But even that, he wasn't going to leave his friends behind.

The next track is ‘Reload It’ featuring fellow former N.A.S.T.Y Crew members Demon and the legend D Double E. It’s fitting that Kano features 2 MCs that he came up with, as the song is very much an ode to his experiences at raves on radio, along with paying homage to the foundations of UK with a Drum and Bass/Jungle infused track produced by a pre-superstardom Diplo.

What stands out about this song is 2 things, one the respect that is being paid to all 3 MCs upbringing. On the first verse, Kano spits some of his reload bars with “K-A blowin' up roads, K-A-N shottin' like O's” and then pays tribute the Old School MC style with “I can spit like an old school MC, A-B-C, One-Two-Three, K-A-N-O lyrical G” And on the chorus, Kano gives a shout out to other MCs in the scene at the time who he knows also get reloads, D Double, Wiley, Tinchy Stryder, Demon, Hitman Hyper, Scratchy, Lethal B and Ghetts. With these names Kano is showing he isn't the only superstar in the scene, that there are more bubbling in the underground, waiting to get that chance. And while the MCs are East London heavy, they represent a range of different crews, Roll Deep, Ruff Sqwad. East Co. and N.A.S.T.Y. Crew.

The other thing that stands out to me, is that this song sounds like 3 friends having the most fun and that feeling is infections. After 2 16 bar verses from Kano, that’s when D Double comes in with an 8 bar, perfectly suited for the tempo of the beat with his roots in Jungle, spitting with a ferocious energy that he is so known for. The demon is next, referencing himself, mentioning the 3 bars that he knows will get a reload, one of which is of course from the classic Pow. "You don't wanna bring arms house, that's a reload, When I say the gash lyric, I get a reload, Rebore, buss that, yeah, that's a reload” Kano rounds off the track with a last 8 bar. As mentioned earlier, 8 bar all-star songs where all the rage at this time, so it was only right Kano got involved with his own.

This last section of the track is what captures the essence of that rave or radio atmosphere, MCs passing the mic around spitting 8 bars, hoping to get the right reaction from the crowd or the DJ. Before making a hit mattered, all you wanted was a reload.

14 years later, Kano would replicate that feeling on one of the standout tracks from 'Hoodies All Summer, Class of Deja,' also featuring D Double, but replacing Demon with Ghetts. While ‘Class of Deja’ is a song that seems like 3 artists looking back on what made them who they are today, ‘Reload It’ is 3 MCs very much still in the thick of it all, fresh from Pirate Radio and raves.

With 'P’s and Q’s,' Kano stands on his own two feet, making a declaration that he is here to take on the mainstream, a blueprint almost for his career, as Kano never been one to follow trends, instead of making things happen in his own way and on his own time. As a first single it was perfect to showcase his skill and confidence. But with 'Reload It,' Kano pays homage to his foundation, to the MCs that he came up with and the setting which he made a name for himself, his 'Home Sweet Home.' And that is something Kano has continued throughout his career, the aforementioned ‘Class of Deja’ showing recognition to the early days of Grime, but also ‘Bang Down Your Door’ and ‘Got My Brandy Got My Beats’ having a garage vibe to them or ‘Can’t Hold We Down’ with Popcaan, highlighting his Jamaican heritage. And by featuring MCs who he came up with like D Double and Demon, or Ghetts on 2 tracks on the album, artists with whom he continues to collaborate with to this day, Kano is showing, while he can stand on his own two feet, it's a scene and other MCs that helped make him, and he is bringing everyone with him. After all

I couldn't give a shit, I'm breaking the scene, Making a scene then start making the cream, Seen? I got a gang with me

Next week, we deal with bouncers on ‘Typical Me’ and the competitive nature of Grime on ‘Mic Check’