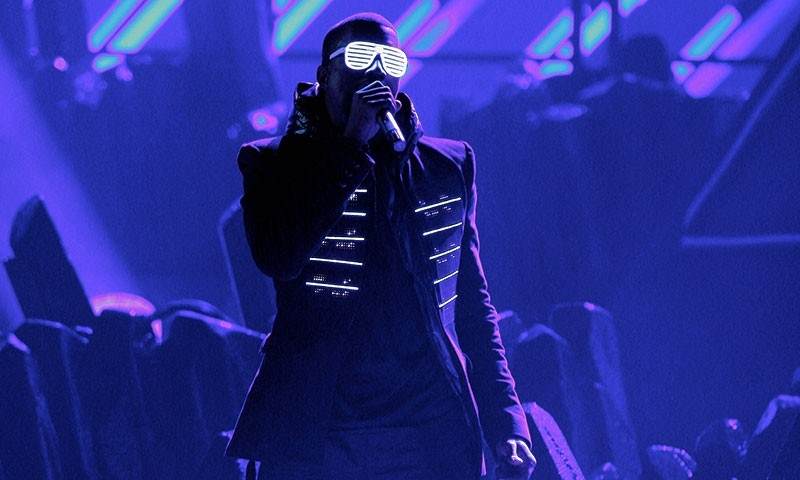 And we’re back! In the midst of his late entry to the 2020 US Presidential Race, It’s time to continue our journey into the madness and genius of Kanye’s mind. I’ll have thoughts to share on the potential damage caused by his venture into politics and the hypocrisy of Chance the Rapper’s recent comments regarding it later, but for now we have some music to break down. Last week we dove into sophomore classic ‘Late Registration’, you can check my thoughts on that body of work here if you wish. Ye had impressively elevated himself to the top of the rap game, but with his next studio album he would solidify his standing there forever. It was time for this college dropout from the south side of Chicago to graduate. Time for a celebration.

After touring stints with the likes of U2 and the Rolling Stones, Ye hit the studio once more. Brushing shoulders with actual bonafide rockstars, his mind was flooded with new inspiration and perspective. As the creative process progressed, stadiums began to influence decisions taken from a production standpoint.

“When you hear Stronger, the way Stronger went off… you see what this song was for. It’s definitely for the club, for the car, and also… to just annihilate the stadiums”.

It’s clear that his upcoming effort would define the word epic. The chosen samples, features and bass heavy production would be geared towards enhancing spectacle. Firing up crowds with enough adrenaline to send even the nosebleed seats into a euphoric frenzy. His previous albums had helped him arrive at celebrity status, but it was ‘Graduation’ that would grant West the sought after title of rockstar. The album is less geared towards sonic pleasure and throwback sample jams like its predecessors, but exists as his most enterprising, ambitious and consistent project to its point of release. This was the first point in Ye’s young career that his art indicated to us the listener that this man may just be worthy of the legendary status he gifts himself. Musically at least, it’s a hard point to argue against.

Prior to drop day, it was announced that 50 Cent would present his next project 'Curtis' to the world on the same day as his contemporary, sparking rivalry in the media. In my humble opinion Fifty was far past his best at this point. He’d changed the rap game indefinitely with tapes like ‘Get Rich or Die Tryin’, and this attempt to dampen the rising star of Yeezy can be seen as a clout chasing move in retrospect. At the height of this ‘beef’, Jackson stated he would quit music forever if his project came out second on sales, something we now know not to be true. He fought a losing battle in the midst of a mid-career creative crisis, with Kanye reaching the height of his powers and effectively transcending America to tap into the global public eye and market.

‘Graduation’ hands Ye a deserved crown at the end of a remarkable run of success. This is where he reached the prized gold at the end of the metaphorical rainbow. Three smash hit albums in 4 years, a feat matched by no other in the same time frame of achievement. Nostalgia is mostly left at the door throughout its track listing with the eyes of its creator focused firmly forward on the future. It’s clear that travelling the world has opened up his views both in personal and professional senses, with European influences in production pushing him forward into new creative unexplored territory. ‘Champion’ is one track that proves this. Kanye’s familiar formula of strings and soul meets synth patches and electronic sounds, jarring two worlds together in a way so easily pleasing to the ear. ‘I Wonder’ fuses the sounds of house and rave music with a piano led sample and fleeting flashes of overwhelming strings in stunning fashion. The final result creates a cult classic amongst Ye’s following, showcasing experimental genre hopping at its finest. Would the Kid Cudi's and Travis Scott's of the scene be so prominent without trailblzing work like this? I think not.

‘Stronger’ and ‘Flashing Lights’ further prove Ye’s ability to blend worlds seamlessly. Where other producers have attempted this only to end up with jarring mash ups, Kanye excels and creates new sub genres in the process. Lights plays out like a dream sequence as our host mulls over the trappings of consumerism in relationships, whilst riding a broken up instrumental amplified with heavy drums and claps. The collaboration with Daft Punk was a stroke of pure genius by the iconic rapper, with the groundbreaking beat more than making up for some of his simplest verses to date. As soon as we hear the “Harder, better, faster, stronger” our minds are already made up about the track as one of the best club bangers of the century unfolds before us.

The sample of ‘PYT’ on ‘Good Life’ is used to brilliant effect, creating one of the most memorable summer anthems in recent history. It plays perfectly to the strengths of featured artist T-Pain, and that isn’t the only notable feature on the tape. Jay-Z of course returns to complement his boy on the ELton John sampled ‘Good Morning’, with Mos Def and Lil Wayne also offering their respective two cents. Hell, even Coldplay’s Chris Martin sounds at ease on the accurately titled ‘Homecoming’. The track highlights Ye’s knack for utilising talent, previously demonstrated on hits like ‘Heard Em Say’. ‘Can’t Tell Me Nothing’ stands as my favourite cut from ‘Graduation’, as Kanye battles again with insecurities to the backdrop of that epic ass hook.

In some ways Kanye sacrifices traits of his personality in this album in search of wider appeal, but the genius and grandiose of his production is matched by his delivery and vision. He switches up the formula, and in losing some aspects of his signature style creates new trends that would be followed by others for years to come. The album has easily stood the test of time, with replay ability unmatched by so many. He essentially modified the future of Hip-Hop single handedly. The orchestral is replaced by the electronic, pushing the art form forward lightyears in once great cultural happening. Nothing about ‘Graduation’ can be considered generic, and its tracks have no issue standing out amongst the crowd. Yes he uses samples and remixes influences which exist far from the world of rap, but this process itself proves originality is not dead. Being present at the albums accompanying tour when I was just 14, it was incredible to see his world come to life. I can safely say his dream of conquering arenas was reached tenfold.

With the three-peat complete let’s pick up again next week, where things go a little wrong for our loved and hated subject. ‘808’s and Heartbreak’ lay on the horizon, and a world of trouble was about to erupt for young Kanye. In Yeezus we trust. Peace!