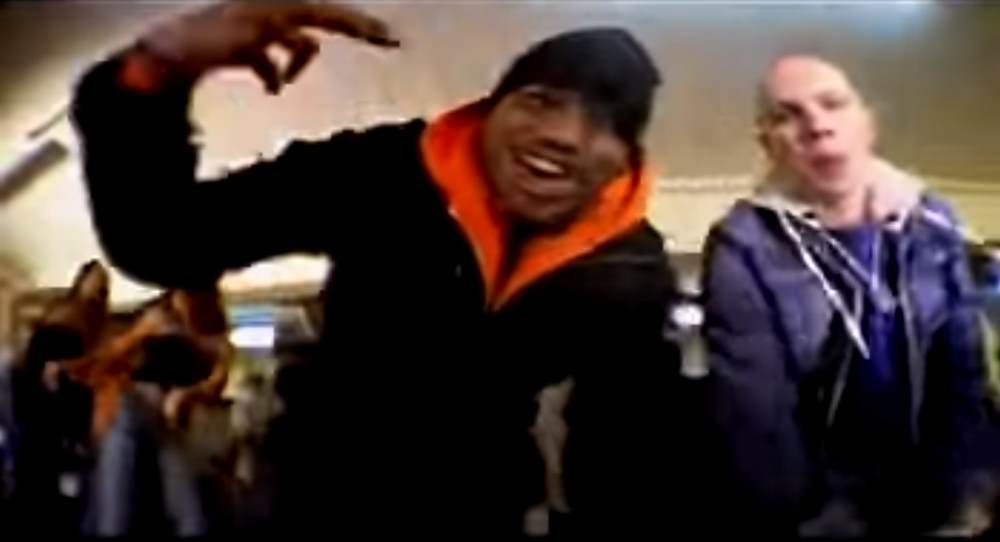 Last week, Complex UK shared their 15 Channel U videos we will never forget article with a clip from SLK’s Hype Hype and immediately nostalgia flooded in. People retweeted it sharing their memories of the song, whether it was hearing it wheeled up in a rave or turning up the volume while they listened to it in their living room. Amongst those tweets one particularly caught my eye, Joe Walker from Reprezent Radio said this:

"I remember finding out a couple yrs ago that Hype Hype charted at 22, I was shocked. Why does it not feel as celebrated as some of the other chart successes?"

And it got me to thinking, why is that SLK’s chart success and their part in building the foundations for the Grime scene are not talked about as much as say Roll Deep or N.A.S.T.Y Crew? I think there are a few reasons for this, but I also think that if we recognise that they are deserving of the plaudits, that we should give them their flowers while we can.

SLK was made up of a host of MCs: Flirta D, Van Damage, Skrapz (who was then known as Skrapsta), Shiesty Shadz, Big Mighty Joe, Ribz, J Money, Iceman Blacks and SKU. SLK were the biggest crew to come out of North West London with each MC representing different parts of the postcode. For such a small part of London, SLK made real waves in the scene. Flirta D is of course a grime legend, with his sound effects ensuring he was always a highlight on a set or at a rave. But the rest of the crew was just as important to the crew. When they released ‘Hype Hype’ this was a moment for us living in North West, in a genre dominated by East London, we finally had someone to wave the NW flag. But whenever the history of Grime is spoken of, it’s like SLK and Hype Hype are forgotten.

One of the main reasons I think is because there wasn’t much of a follow up as a crew. There was never an SLK album or mixtape or even a real follow up single aiming for chart success. This I think is in part due to internal problems in SLK following the release of ‘Hype Hype’ In an interview with Once Upon a Grime, DJ Vectra, SLK’s DJ, said this of ‘Hype Hype’:

'Hype Hype' I’d say was the rise and fall of SLK. I think if that tune never came out, SLK would still be about, it caused arguments. At one point it was almost like there was 2 SLK's. The polished TV/magazine going commercial radio side and the underground side that was still going to pirate radio and doing stuff locally ,while the others went America and that do more music things like that.’

‘Hype Hype’ was picked up by the Ministry of Sound’s record label, with the possibility of an album deal, but that album never came. In Simon Wheatley’s ‘Don’t Call Me Urban’ Big Mighty Joe, Van Damage and an unnamed member put that down to a few reasons. Big Mighty said ‘we didn’t know how to deal with success,’ with Van Damage saying ‘we had a big opportunity, the crew weren’t ready, we weren’t organised’ while also highlighting a fight that kicked off at the ‘Hype Hype’ launch party.’ The unnamed MC weren’t a bit further and said the splits in SLK started around the time of ‘Hype Hype’ when he and Big Mighty Joe didn’t fly out to the video shoot in Ayia Napa and ‘stayed back with youngerz.’

While splits might have started to appear after ‘Hype Hype’ the fact that they are not as revered as they are might also be a regional bias. Grime books, articles and documentaries focus so much on East London, rightfully so as it is the birthplace, but unfortunately neglect other areas. Boy Better Know will get a mention, but the rest of North london will usually not be mentioned. North West London in particular isn’t spoken about, especially considering how important SLK was for the Grime scene. They were part of iconic moments, created classic songs and also were really talented and had so much potential.

Even after ‘Hype Hype’ there was a slew of classic songs and moments. That year saw the clash between SLK and Roll Deep at Sidewinder, following a back and forth between Van Damage, Skrapz and Skepta, most of the members would appear on the North West London anthem ‘North Weezy’ and a personal classic for me was when SLK members started Gully Gang and spat some bars in B and Q car in Cricklewood.

Growing up in North West London, SLK was very much OUR crew and representation in Grime. I remember going to a party and the DJ playing ‘Hype Hype’ and me and 3 friends going mad. I remember how much hype Swarvo’s forearm bar used to bring us when we heard it on a set. I remember Skrapz spitting bars on Grime like “Dun know I’m raw, sometimes I don’t wear socks” and “I come hard like maths, me and my boys kick in the door to your gaff,” and "hijack Brent Cross and I don't give a toss." I remember hyping Shiesty and Big Mighty Joe as 2 of the best MCs in the game and that they could go punchline for punchline with anyone. I remember seeing J Money join the crew and recognising him from school. I remember rinsing the Ribz and Rugrat version of ‘When I’m ‘Ere’ I remember seeing Flirta D on the Mr. Wong tune and going mad when we saw Cricklewood station. Growing up in North West meant that SLK were so intertwined with Grime for us that it feels like a real shame when they don’t get the recognition they deserve.

Fortunately, one of the ways we can go back to that era is through the release of SLK Lost Tapes. Released in 2 volumes, the compilations feature pretty much every song we had on our phones at the time, ripped off MySpace or the Radio. Tracks include Swarvo's classic 'Forearm':

Skrapz's bangers 'From the Block to the studio' and 'You Want War' that I had on a CD someone made me that I didn't even know the names too so had them saved on my phone as Skrapsta freestyles:
Big Mighty Joe and Shiesty going back to back on the banger 'Lads Like You' :
Flirta's amazing 'Warp Speed':
Ribz and Rugrat freestyle over 'When I'm 'Ere':
Some Gully Gang bangers like 'Music Money':
Channel U classics like 'Real Doe':
And Ribz, Flirta and Meter spitting over "Are you Really from the Endz' which everyone had to download off Limewire:
SLK's status in North West London is unmatched, along with Bashy, they were our champions in Grime. And even back in those days, they knew that East London was the dominating area and they had to show that North West had to represent. So maybe it is time North West got together and put together a documentary or an article about SLK's legacy. And how important 'Hype Hype' was for the genre in breaking barriers. Hopefully this is a start.

But for now, enjoy the nostalgia of 'Hype Hype' a song that still holds up, a song that is sure to get you throwing up gunfingers and reminiscing on Channel U days.
Share on facebook Tweet
Author: Daniel David

Pisceze unveils her sleek new R&B single ‘Play it back’