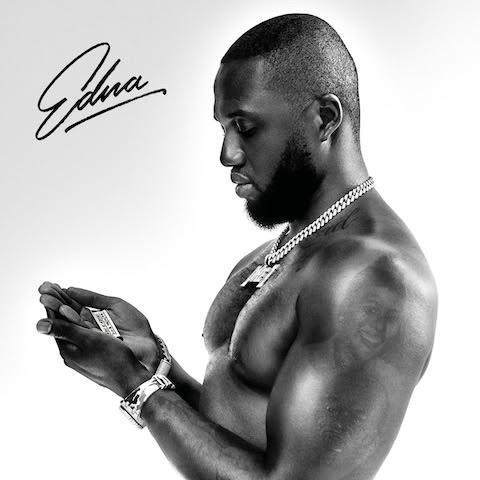 Earlier this year, north London-hailing rapper Headie One released ‘GANG’, an experimental Drill collaborative mixtape with Fred Again which wasn’t best received by Headie’s core fanbase. However, for me, ‘GANG’ was an impressive mixtape that told a story of the artists trials and tribulations throughout his turbulent life, whilst reflecting on his individuals wrongdoings and his focuses going forward as a man; steering away from the gang lifestyle.

Going into the long-awaited debut album, I anticipated which direction Headie would go into. Would he go back to basics or would he take risks and create something in the same vein as ‘GANG’ — or would he try to do both?

Following the previous notion, Edna is a concept album dedicated to, and titled after, Headie’s late mother through reflection on growing up without her and how it has shaped the trajectory of his life.

‘Teach Me’ is a very strong intro which sees the rapper requesting guidance on his journey throughout life, asking for his mother, Edna, to teach him forgiveness. Throughout the track, we hear an angry Headie towards everything; his mothers passing, broken promises, early relationship struggles with his father and the government system. He prays to be taught forgiveness as the only thing that belonged to him — Edna — was taken away.

Named perfectly, ‘The Light’ recalls his realisation of his importance and stature within the music industry after a customer in Yorke called him ‘Headie’ and he nearly fainted. He is seeing ‘The Light’ as he ponders on how he is famous, yet on probation.

This is the ideal cut off for this section of the album as Headie goes on to talk about his successes as a rapper on the following three tracks which are sure to be fan favourites: ‘Ain’t It Different’ with AJ Tracey & Stormzy, ‘Mainstream Rapper’ & ‘Princess Cuts’ with Young T & Bugsey — which is hopefully as well-received commercially as the trio’s hit collaboration ‘Don’t Rush’.

Features throughout ‘Edna’ are extremely weighty, including appearances from Future, Aitch, Haile, Mahalia and Kaash Paige. We receive notable standout features from M Huncho & Young Adz sounding as inspired as ever on their respective tracks, 'Bumpy Ride' and '21 Gun Salute'. It’s usual business for Skepta on ‘Try Me’ as every time he steps on a track it feels as though he is adding to his already extensive legacy. Ivorian Doll is carrying the flag for the female UK scene on her back as she shows her abilities to go bar to bar, and, in my opinion, she out performs Headie on ‘F U Pay Me’.

Although I really enjoyed this record, some tracks left me wanting a lot more than what I got from them. ‘Therapy’ has a nice theme behind it, however, it sounds like it could be improved with finer mixing.

‘Only You Freestyle’, featuring Drake, wasn’t something that I particularly liked upon its release almost three months ago, and I feel like it could have easily been its own moment; and that it didn’t need to be on ‘Edna’. Which brings me to the biggest snag of the album for me. It’s just too long.

Now, 20-track albums are not unheard of in today's climate, however this album clocks in at over an hour; hindering me as a listener to put it on from start to finish. By the time I get to track 16, I start to lose interest.

Essentially, ‘Edna’ is everything we love about Headie, and more. It takes people like myself, who enjoy a more conceptual experience, and meets those who enjoy a more fast-paced, up-tempo experience; all whilst blending the gritty instrumentals and lyrics that drew us to the rapper in the first place. This is the album’s gift, but also curse, as although almost everything is merged together well, at times it feels like there is too much going on; making it fall flat.

Overall, ‘Edna’ is a good experience for the Drill stars listeners and should be championed as a success story by someone who acknowledges what they’ve been through in life, and is expressing gratitude for being rewarded with a second chance.

Stream Headie One's debut album 'Edna' on all streaming platforms, and check out my first reaction below.