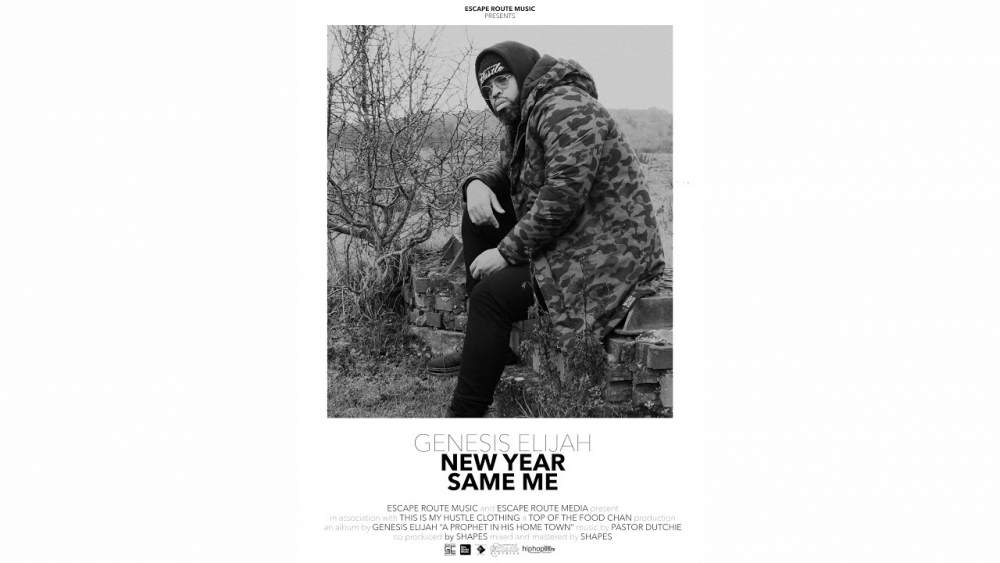 Last year, Genesis Elijah released one of my favourite albums 'Blurred'.' The album was a real snapshot of everything that was going on at the time, with songs like '6777' depicting the feeling we all had (and probably will have again this year) during lockdown. And he starts off 2021 with a bang, with the song 'New Year, Same Me.'

Produced by Pastor Dutchie and Shapes, the song sees Genesis reflecting on his grind and his promise to continue levelling up in this new year. The song is the first single off one of his upcoming albums (that's right, there's more than one) 'A Prophet in His Hometown.'

But before that we will be getting his new album 'Vision' coming out on March 26. Along with that, this song is the first of 53! Yes that's right, he will be releasing a song every Friday of 2021, 53 in total.

Keep an eye out for more from Genesis Elijah, but for now check out the video below.