The road to Ghetts' 'Conflict of Interest' album 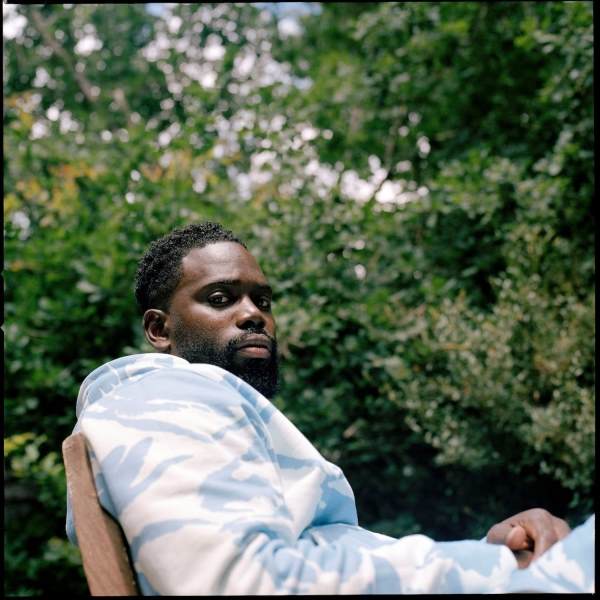 Tonight at midnight, after one of the most premeditated roll outs we have seen in years, Ghetts finally releases his latest album, Conflict of Interest. I have written before about Ghetts’ 05-07 run before, a run which culminated in the classic Ghetto Gospel. And now 14 years later, Ghetts has replicated the feeling of that run. Not by dipping into nostalgia, this is a different Ghetts, on a next level, showing his maturation and evolution. One which long time fans have watched every step of the way. And this evolution has come in many forms, from content, to delivery, to presentation, to sound. And of course, Ghetts now has a much bigger platform than he did in 2007 to truly show off his skill.

This run has resulted in one of the most anticipated albums of the year. Following the release of every single, fans were clamouring for more information. Whether it was a release date, a tracklist, or features, they wanted anything to satiate themselves. But Ghetts had a larger plan, and stuck to his guns, releasing details on his time, not anyone else’s. This led to a meticulous roll out which leads us to tonight’s release. Each layer and each teaser exhibits that this was a focused Ghetts, an artist whose pen was getting sharper and that he is set to unveil a project he is truly proud of.

In an era where music is forgotten about by the next week , Ghetts has crafted a release which he wants to stand the test of time. Tracks like 'Mozambique' took samples from 'Top 3 Selected' and created a whole new sound of it. IC3 saw him finally team up with Skepta, another veteran of the scene. On the flipside of that, 'Skengman' and 'No Mercy' saw him embrace the newer generations. And 'Proud Family' is just something special, a song that will stand the test of time. However, it wasn't just these songs that have been part of the roll out, there have been other tracks which have had fans excited for more.

When the Top Boy soundtrack was released, the first track I went to was this one. The opening bars:

showed both the growth of Ghetts and the scene in itself. Ghetts’ story from his early days to now runs parallel with the Grime scene and the UK scene as a whole. From making music for fun and a little bit of money, to actually making it a viable career to where artists no longer have to compromise their sound in order to be able to actually make a name for themselves. Everything Ghetts has released in anticipation of Conflict of Interest has been true to him, and Listen was the start of it.

Personally, I really appreciated Ghetts having part of the video in the Pergola in Golders Green. It just looked like a really cool place.

One of the most touching songs to come out in the UK in years, and for me the first indication of the type of Ghetts we were going to get on Conflict of Interest, ‘Legends Don’t Die’ is a dedication to the legends we have lost. Spitting over an emotional Rude Kid beat, Ghetts starts speaking about Stormin, someone who was so instrumental in Ghetts’ career, the song goes on to pay tribute to Esco, Cadet, Depzman, MC Sparks, N.E, Major Ace, Tubby T, Wallace and Smiley Culture. On this one, Ghetts is reflective, looking back at his early days, the hook employing one of Stormin’s classic bars. Ghetts sounds subdued in a way I hadn’t really heard from him before. To me, this was one of the biggest indications of the direction of the coming album, that we were getting Ghetts’, someone who has never been shy about talking about his own struggles, at his most introspective.

In peak lockdown times, when the sun was blazing but we were only allowed out once a day, Ghetts did what he does best and created the soundtrack to our lockdown days. Produced by Swindle, Ghetts embodied the ethos of early grime and made the most of what he had at the time, recording the song and video at home while bored. This one was an opportunity to show off his lyrical ability at a time where people were hungry for content.

Following the emergence of footage of an encounter with authorities which was picked up by some blog sites, Ghetts became the topic of conversation. He didn’t take to Instagram or Twitter to address it, instead he did exactly what he is most well known for, and took to the booth to tell his side of the story. Ghetts tells his side of the story and addresses critics with a clarity and a conversational tone, taking any of those comments he might have received, and owning it.

This one isn’t the last one chronologically, but it is the one that has had the most impact. Released in the summer following the protests after the death of George Floyd, Ghetts puts together a masterpiece of a verse, addressing the protests, lacing it with punchlines and wordplay that had people abusing the rewind button to catch it again. Making it seem so effortless, Ghetts' lyricism was on full display here, and the timeline was buzzing.

With this one, Ghetts ascended, both as an MC, exhibiting he is a master “which craft? This craft.” But also as a man. He showcases tremendous growth into the role of an elder statesman in the scene.

In my conversation with International Ferg, we discussed Ghetts, and that I feel he is one of the best in this country although he doesn't get championed enough. When talking about UK artists making it in the US, the conversation is always around artists making it in a mainstream way. However I told Ferg that an artist like Ghetts isn’t necessarily someone who would make it in a mainstream way. He should be talked about when people talk about the elite MCs, the alien MCs, people like Royce Da 5’9”, Black Thought, Freddie Gibbs, Pharoahe Monch, Lupe Fiasco.

With Conflict of Interest, Ghetts has all eyes on him, the UK scene is waiting to see what he does with the album, how he pays off the build and anticipation. I think that with this one, Ghetts will solidify his status as one of the UK GOATs.