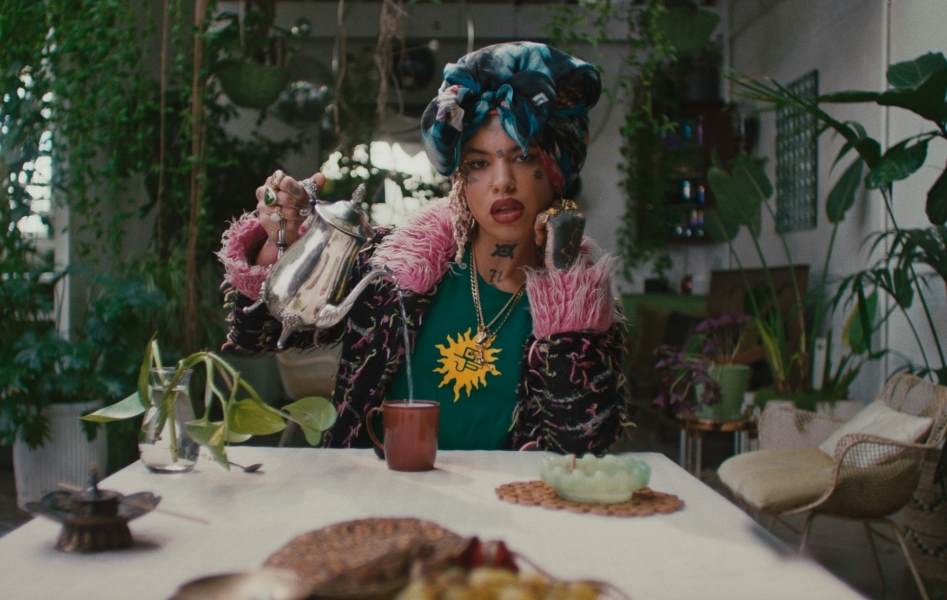 This marks the London singer-songwriter's first release of the year, as well as a taste of her forthcoming debut album, 'Man Made'.

Unquestionably an extension of her idiosyncratic appeal, the video is shot beautifully, with many colours, styles and locations juxtaposed with each other. Peng’s trippy, jazz-infused production stands out. Once again, she hypnotises fans with her ‘psychedelic soul’ voice within this.

'Nah It Ain't The Same' conceptualises our inability to narrow the artist to a specific identity. She transcends this, rises above it and keeps you guessing. In the meantime, you get to enjoy her intoxicatingly mellow sounds. There’s a dope drum and bass switch up towards the end of the tune, teasing us for those psychedelic forest vibes--when festivals do come back.

Speaking about the track Greentea Peng said: “An expression and exploration of my utter confusion and inner conflicts amidst shifting paradigms."

The track was produced by Earbuds and jazz performed with her live band, The Seng Seng Family; whilst the visuals were directed by Machine Operated.

Check out our exclusive interview with Greentea Peng here.

Enjoy the visuals below.