HomeExclusivesCentral Cee: The journey behind 'Wild West', track by track

Central Cee: The journey behind 'Wild West', track by track 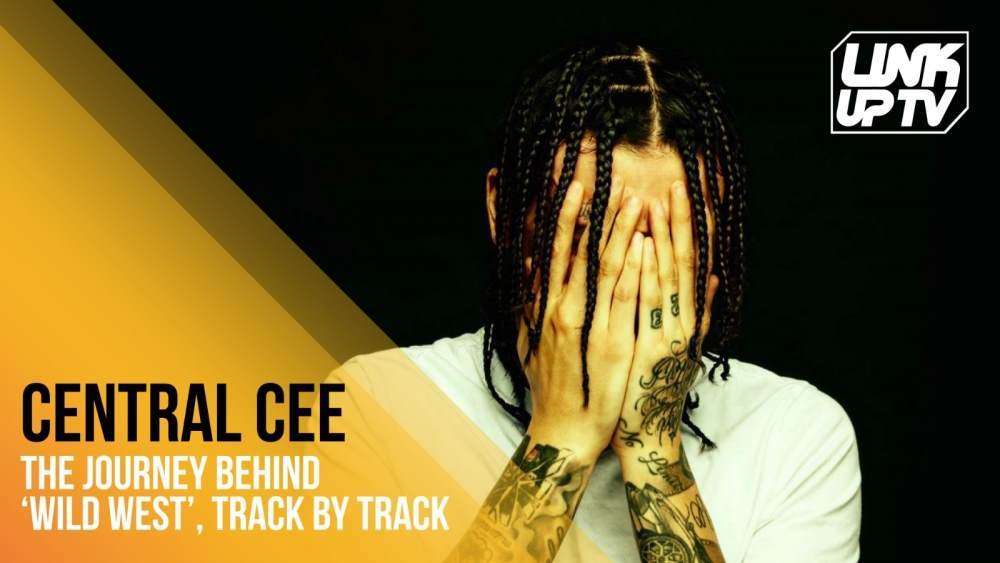 For some, Central Cee’s ‘Wild West’ has been anticipated since mid 2020, following the groundbreaking release of his single ‘Day in the Life’. However, for the Shepherd’s Bush native, this moment has been prophesised since childhood, when making rhymes with his brothers in their father’s car was a regular occurrence. Raised with hip-hop influences, and engulfed in the diverse culture of carnival, Cench naturally absorbed the musical richness of his surroundings, allowing them to shape the core of the talent we see today. Now, following years of dedication, determination and creative development, we receive the 14-track introduction into an envisioned long-lasting career. After listening to the tape, I had the pleasure of sitting down with Central Cee as he revisited the journey to ‘Wild West’.

“6 for 6, that’s the intro. By the time I release [Wild West] on the market, 6 for 6 will be a massive single. So, it's quite self-explanatory.” Already his confidence shines through, but not just sonically. Even in his titling process he's certain of his ability to make hit tracks.

“I’ve got ‘Day in the Life’, ‘Molly’, ‘Loading’, ‘Pinging’, ‘Commitment Issues’, and then I’ve got this one dropping which will be the 6 for 6.” His strategic process sees that he isn’t afraid to bet on himself, and with views on the 6 for 6 visuals – which released four days ago (March 11) – already nearing two million, he’s already cashing out on his investment.

A stand to liberate himself, and “talk [his] s**t”, it’s no surprise that ‘Fraud’ is one of Cench’s best-loved tracks. He makes it clear that he’s confident to stand on his own and do what he needs to do to see his dreams come to fruition. “I would say it’s a hit. Fraud is one of my favourite songs on the tape. I think it’s good noise, and it’s a good song for the mixtape. It’s one of my favourites.”

“Pinging was a bit more of an amped, jumpy one to get the people going. If everything was normal right now, that one would probably be going off in clubs and house-parties.” It’s a celebratory track, and rightly so, as it declares Cench’s independent success so far.

“[Being independent] was the main focus of that track. Just to let people know that this is where I am currently. I'm independent and look what I'm doing. There’s a bit of bragging going on here.”

The tape takes a slight turn with ‘The Bag’, which is also jumpy but has a standout hook. “The hook on the bag is different to the whole tape. I’d say the whole tape has a theme that runs, especially with the tempos and the beats. But the chorus on that song is different.”

If you’ve heard Central Cee music prior to 2020, you would’ve heard different sounds, with melodic centres, and been aware of his vast range. However, if not, this track allows for a taster of his versatility to be heard.

Day in the Life

Ironically, Cench released a track called ‘Million Views’ back in 2017. It was an expression of not doing it for the views, and the full circle moment sees how sticking to his guns also stopped him from limiting himself. Because, not only did he get to keep his authenticity, but he has naturally surpassed a million views multiple times.

“Dun Deal is something that we didn’t plan to put on the tape, but I thought it was such a big song. The way I’ve written it is from a bit of a futuristic mindset, like I’m kind of the witness. I say in the hook, “You could’ve done what I’ve done, but you ain’t on what I’m on.” I hadn’t really completed much at the time when I was writing the song. I just knew that I was going to, so I put myself in that state of mind.”

“I didn’t really want to put it out until I had accomplished a bit more, but everything picked up faster than expected. It makes sense to put it on there now. But that nearly didn’t make the tape.”

“The way I made 'Commitment Issues', I went studio with the producer Mokuba. And when I got there, I was getting a bit frustrated. If you listen to my old music, as you have, you know, it's like, it's different. I touch on different subjects, different styles of beats… delivery. So, when ‘Day in the Life’ popped off, I kept going to studio sessions, and they were kept trying to play me the same beats, like drill beats, expecting me to make the same song for them – so it bangs for them. But it was getting annoying. I said to [the producer], I need to make a girl song. But he was stuck up on making a drill song. So, I was like cool, let's make a drill girl song. And that's just that's how it came about.”

And this is displayed clearly, because following Ruby’s verse and Jack’s verse is a third verse that sees more of Cench’s perspective – as he gets more truth off his chest. “The third verse is me summing it up, and saying what I think, like my overall outlook is on things at the moment.”

Hate It Or Luv It

We met on the same page when it comes to the garage-esque sound of the ‘Hate It Or Luv It’ instrumental, which Central Cee says “stood out” to him when he heard the beat. Speaking of whether he’d make more music like this, he said: “I don't want to make too much of the same music at all. If people wanted to hear more of that then I would [make more]. I've got a couple more songs that are like that, but they're not on the tape unfortunately. They’re due to surface the internet one day, though. I've got a lot more music that that didn't even get to touch this tape.”

And when asked if we could see another tape with those tracks featured, he said “potentially”. I take that as a sign to encore every time he shares a sound that we want more of – and eventually we’ll have the whole catalogue.

“I think to me, [Xmas Eve] is, kind of, more for the streets than the masses I'd say. It is probably the most gas song on the tape, though.” Gas which was a result of frustration that seems to aid Central Cee in part of his writing process. “I must’ve had a headache, or something. I must have been frustrated at somebody.”

But it’s not just frustration that helps him make music. “I’ve got to be feeling some sort of like deep emotion. I can't just snap into it. You know how some people can just record anytime, anyplace? I need to be feeling a way”, he said.

Whether happy, frustrated, or sad, it’s all the same thing to Cench. As long as the emotion runs deep, his creativity is fired up.

Although Central Cee has told me quite a few times that he feels his music is self-explanatory, I’d beg to differ after being met with understandings that I wouldn’t have reached alone before discussing with him. However, in terms of ‘Loading’, he’s certain that nothing went over people’s heads.

“I think ‘Loading’ is so well-structured [that] I don't think anybody really missed anything. It's such a mad song actually for that people heard everything I said you know. I do watch quite a lot of them reaction videos. And a like what they lot of what they hear from the song. They can actually understand me. They understand me through the song, which is quite mad.”

Seeing as music has always been the best way for him to express himself, and his warming response to people’s reactions, it’s clear that feeling heard is extremely valuable to him.

One of his own ‘Wild West’ favourites is ‘Tension’, which, although bold in energy, comes from the side of him that sought to impress. “I was with a female friend of mine and I might have been trying to showing off that day”, he laughed. “I had to deliver’.

His honesty not only shines in conversation but also on the track where he touches on moments of hustling, whilst also reflecting on the effects it could’ve had on others – even sending apologies for bumping a cab. It’s interesting that although he described it as showing off, the lyrical result was more of a declaration of redemption than a brag.

“I didn't make them deliberately to be the intro or outro, I just made them as two songs. And they’re two different moods. They’ve just happened to be the intro and outro.”

“I just touched on it lightly. There are some other songs that like I said, that aren’t on the tape, but are a lot more in detail. I just don't feel like it's the right time.”

It’s not time yet, but as we reach the end of the project we see that the outro itself is an introduction to something more.

“It's a teaser for what’s coming.”