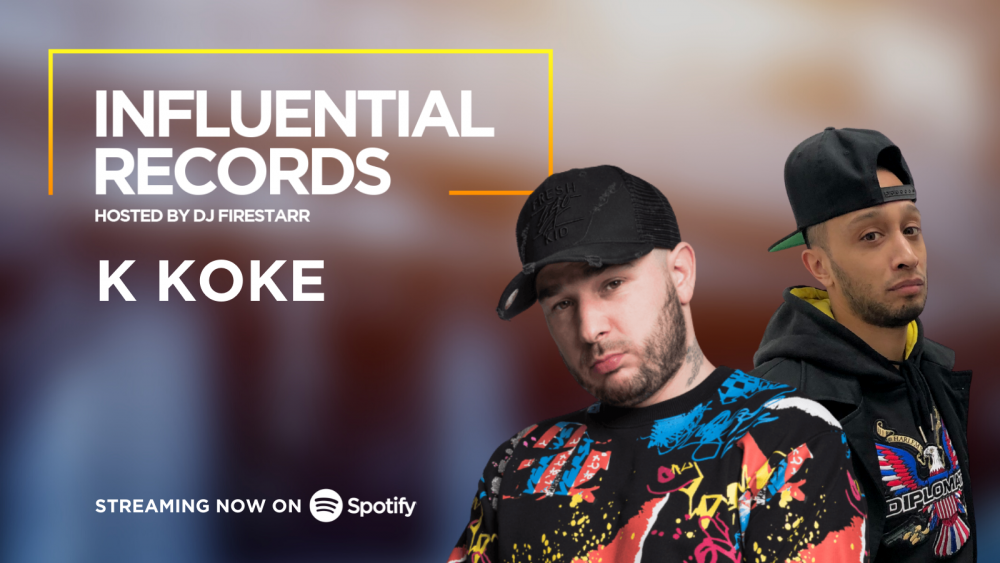 London rapper K Koke talks new music, who he thinks is the most certified rapper in the UK and huge collaborations in the works with DJ Firestarr on the latest episode of 'Influential Records'.

DJ Firestarr and K Koke are long-time friends and their chemistry is undeniable in the latest edition of 'Influential Records'. The pair discuss life in lockdown and the current scene, specifically who Koke supports:

"I like Digga D. I still f**k with the older cats, Giggs, Ghetts, Morrison, Bugzy, Potter... I love how the music scene is going right now", said Koke. "Obviously, I'm one of the guys that laid the bricks for this thing that's built now."

The pair reflect on their shared history, touching on connecting for club appearances and Koke joining Firestarr when he was on the BBC Residency. More recently, Koke invited Firestarr to the studio while working on his new album – which is just one of four projects in the works.

Firestarr reveals that he has heard records with the likes of C Biz, Potter Payper and Ambush. He also suggests that Koke has a collaboration with the UK's most certified rapper – but who could that be?

Speaking of the new music, Firestarr said: "Koke has some absolute bangers loading. He is back on his b******t, and the vibes on some of these record is undeniable... Koke has certainly been cooking and I love to see it."

Be sure to check out the new 'Influential Records' episode below for the full conversation!