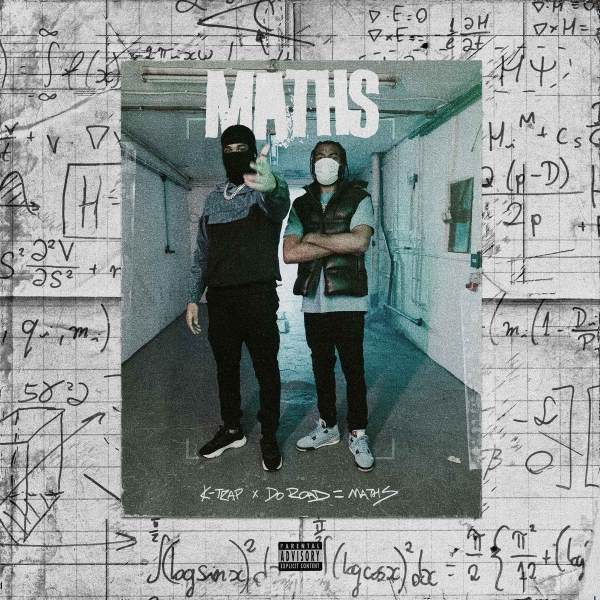 K Trap has teamed up with fellow Gipsy Hill rapper DoRoad for a cruddy banger ‘Maths’. Both artists are known for their distinct flows and bringing them both together is the perfect equation.

‘Maths’ starts off with a witty chorus where both artists reference their counterpart. The first verse is occupied by DoRoad who dons his hype and upbeat flow whilst portraying the gritty life through his lyrics. DoRoad’s fast-paced flow counteracts the slow and eerie drill beat ensuring the bars hit just as hard.

K Trap owns the second verse in typical fashion as the South Londoner comes through with a clear and precise flow that is filled with greaze. As always, K Trap has you hanging on every word he says due to his solid delivery. His ability to echo his environment through his artistry makes him arguably one of the best in the scene.

The Toxic-directed visuals see K Trap revert to the notorious mask as both rappers recite their bars in dim-lit settings. The dark and dingy settings help boost the cruddy feeling set by the track.

K Trap and DoRoad’s styles combined equals a raw and authentic drill banger that will certainly be an anthem for the streets. The organic chemistry oozes through the banger, making it an entertaining listen. Judging by the sound of this one, ‘Maths’ will not be the last time we hear these two artists on a track together.

Take in Maths’ below and let us know your thoughts.