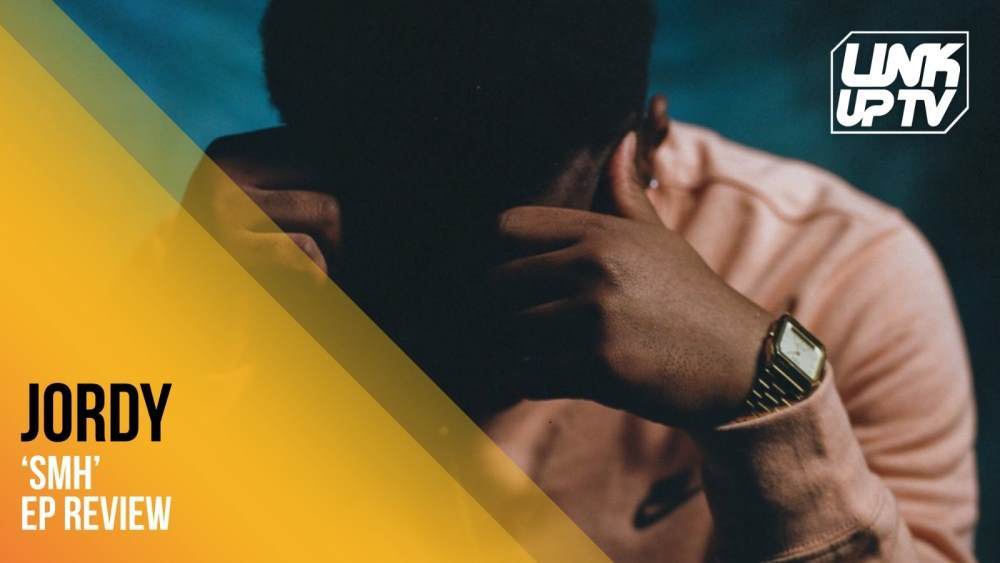 Jordy has delivered his highly anticipated debut 7-track EP 'SMH', and it is high quality from start to finish.

Jordy has been developing his music career and this EP is testament to the hard work and talent that Jordy possesses as an artist. He has reached a new level of musical maturity and creativity and hopefully he stays in that space to continue releasing music of this quality. Following on from the success of tracks like 'I Called Tj Twice' and 'A13' this is the first project we have received from Jordy, and it was most definitely worth the wait.

Spanning across a range of genres from grime to alternative Hip-Hop, the production on the track is as polished as the vocals. 'SMH' opens with 'Cynical', a short intro track which starts with Jordy rapping over a piano to ease listeners in and halfway through it drops and becomes more serious. Even though the track is only a minute and eight seconds long, you get the feeling straight away that Jordy is addressing people to share his seriousness about his music. Jordy is ready to push on give his fans what they want and this track is a statement of that.

The only feature on the project comes from Elt Cheekz – who happens to be Jordy's cousin – on the final track titled 'Die 4 The Bro'. Clearly the talent runs in the family as both artists serve clever bars, clean flows and display a chemistry that could only come from family.

Jordy showcases versatility as he raps over a variety of different style beats, offering up an amapiano summer anthem on the lead track 'Feel Right Now', in contrast to the hard-hitting bass and more aggressive delivery on 'Crinkum Crankum' – which showcases Jordy's ability to switch up his flow and still deliver slick bars. The entire project really has something for everyone, whether you like real rap to take in, something to vibe to, or something to hype you up. Jordy has hit it out the park and delivered something for all to enjoy.

'SMH' is out now. Be sure to stream it on Apple Music and Spotify!