The Sports Link Up 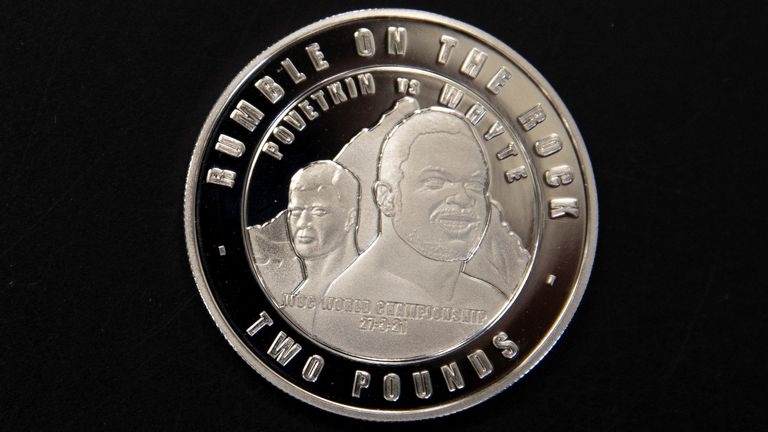 Happy Friday, girls and guys, and welcome to the second edition of the Sports Link Up.

We all love our sports here, and we all love sharing, so we thought you'd enjoy a little weekly round-up of some of the stories we've been interested in. It doesn’t have to be breaking news, and it doesn’t have to fit an agenda – we just want you to link up with sports news that you might have missed out on.

Here is the second edition – and we start with the same important message as last week: Stay safe.

PSG stars Angel Di Maria and teammate Marquinhos were both the victims of home invasions this week, with their families being held hostage.

Liverpool will play Real Madrid in the quarter-final of the Champions League. Manchester City have Borussia Dortmund, while Chelsea face Porto and defending champions Bayern Munich take on Paris St-Germain, the team they beat in last year's final.

Dillian Whyte Featured On A New £2 Coin By Gibraltars Government.

Brixton’s bad boy Dillian Whyte and boxing foe Alexandra Povetkin are to be featured on a £2 coin commissioned by Gibraltar on 27th March.

"It is a great honour for someone like me to go down in history as the first boxer, and first black man, to feature on sterling currency," said Whyte.

"There's a lot of Black people that have done much bigger things than me.”

He added: "It's a really special occasion for me and my family. This is why we should never give up on children that come from disadvantaged and troubled backgrounds.

"I can't believe that someone that comes from where I come from and has been through what I've been through can be honoured in this way.”

Although Gibraltar is an overseas British territory that uses the pound, the island's currency is not used in the United Kingdom.

The first coin featuring Whyte and Povetkin was struck at Tower Mint in London on Tuesday. It has been evident for some time the public have wanted to see more people from the BAME community to be featured on its currency. BAME faces have featured on commemorative coins but not on UK legal tender currency.

Povetkin devastatingly finished Whyte in the fifth-round with a brutal knockout when they met in August. The winner of their rematch will likely go onto fight former American champion Deontay Wilder in an eliminator match-up to gain the number one position to fight for the heavyweight titles.

As previously announced this week, Tyson Fury and Anthony Joshua have agreed to a two-fight contract which will see a champion crowned with all four of the world-titles. It may mean a long wait for the winner of Whyte-Povetkin, hence why the match-up with Wilder makes sense.

From Jamaica, to Brixton, to having your face on a £2 coin, the boy has done good, and we love to see it!

Anthony Joshua and Tyson Fury have signed a two-fight deal for the biggest bout in British boxing history. The two heavyweight world champions agreed on terms in principle last year but have now put pen to paper after contracts were finalised. The first fight is expected to take place in June, or July, with Saudi Arabia in pole position to play host with both fighters set to earn £100million.

Christian Leroy Duncan is a name that you will hear up and down the MMA circuit. The 25-year-old native to Gloucester fights at Middleweight, and since going professional has won all of his fights in flawless fashion.

Yesterday night Christian stepped onto the canvas once again with the Cage Warriors promotion at York Hall, Bethnal Green, London to take on unbeaten rising prospect Will ‘Drago’ Currie (5-0). Currie, never seeing defeat before also went 5-0 in his amateur career, and, although he may not have an extensive amateur career as Duncan, make no mistake. This young man can grapple and submit to a high level with four of his last bouts ending in submission and one going the distance. Currie also has a very dynamic striking style that can see him move very swift and quick off his feet.

Cage Warriors 120, saw Currie take on Duncan in the main card of the promotion. The first round Currie ran across the cage for the take down at the bell, but Duncan executed a counter gameplay in defending the take down and staying strong in the grappling. Unorthodox strikes in the clinch, Duncan, threw heavy shoulders into the face of Currie all whilst keeping him pinned to the fence, something we have seen recent Conor McGregor do to former opponent Donald ‘Cowboy’ Cerrone, which resulted in his jaw breaking.

Currie managed to take Duncan down and have his leg extended out making it hard for him to stand. Again, something we have seen pound-for-pound champion Khabib Nurmagomedov do in his bout against Conor McGregor. Fortunately enough for Duncan, he was able to find his feet and bring the fight to a stand again. Duncan threw a combination of punches and although the striker looked strong and threatening his opponent in Currie stood firm behind his hands absorbing the shots. Duncan managed to successfully land a take-down on Currie to end the round.

Going into the second round Duncan came running out this time with a flying knee, much like we saw with the Jorge Masvidal fight against Ben Askren. Straight down the middle, the knee seemed to rock Currie and he stumbled back against the fence, Duncan followed up with punches dropping Currie to the floor. As Currie looked for the ankle and leg to sweep Duncan off his feet, Duncan planted his feet and widened his legs striking hammer blows to the side of the face.

The referee stepped in and stopped the fight with Duncan claiming the victory. The former IMMAF medalist and CW Grand Prix champion sat down with presented Edith Labelle to discuss his fight, a rematch in the future was discussed and something Duncan is open to.

A humble, well-spoken champion in the making. Congratulations Christian.

We hope you enjoyed a little insight into some interesting sports stories. The Sports Link Up will be back next week.