HomeNews#ThrowbackThursday A salute to the Tempo Specialists - The Movement

#ThrowbackThursday A salute to the Tempo Specialists - The Movement 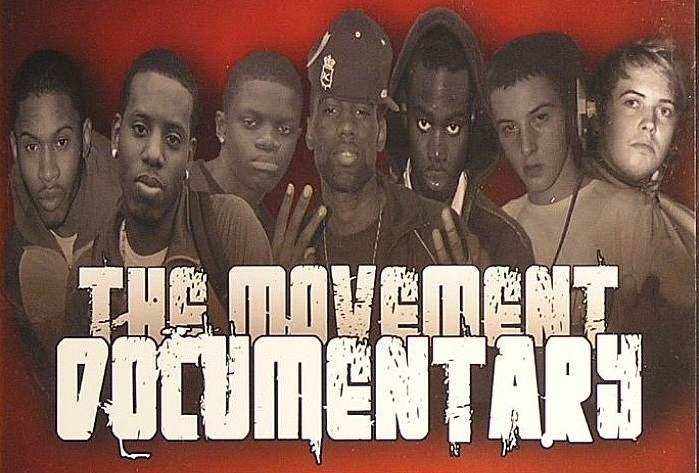 Last week Mercston released his debut album. The album featured a song reuniting him with The Movement members Devlin and Ghetts for a song called ‘Top Tier,’ with memories flooding back of the golden age of The Movement.

The Movement was made up of Ghetts, Mercston, Wretch 32, Scorcher, Devlin, Lightning and DJ Unique. You know that bit in Power Rangers when the Rangers would bring their zords together to make the Megadord and fight the monster, that’s what the Movement was like. Six sick MCs who were doing their own thing independently combining forces to bring their energy to tunes, sets and DVD freestyles. I liken them to Slaughterhouse, the US hip hop group that emerged a few years later, as it was a coming together of elite spitters.

The group wasn't area specific like other Grime crews were at the time, as it had North London in Wretch and Scorcher, and East London in Ghetts, Mercston, Lights and Devlin; and even then, the East London members were from different parts of East. All the members stood out as Grime began to transition from radio and raves to mixtapes, with MCs changing their content with actual releases.

The Movement really made a name for themselves with the F**k Radio sets, which saw them linking up with likeminded MCs to distribute sets directly to the internet, bypassing the radio scene, a sign of things to come in music. The release of their own DVD is remembered fondly as it features the infamous freestyle session with Wiley, Frisco and Skepta.

The Movement as a collective rose at the same time as Boy Better Know, with them going against each other a few times, including during the War Report era. But Boy Better Know would have the longer run, continuing on as a label to this day. The Movement did release one mixtape together, Tempo Specialists, but that was it. However they still continued to appear on each other’s projects along with occasional freestyles like their Fire in the Booth.

So today, I want to exhibit why the group was so highly respected and why the members continue to shine to this day by selecting a few of their songs that stand out.

Skinny Sort was a stand out song on Ghetts’ first mixtape ‘2000 and Life’, so when Wretch 32 and Scorcher jumped on the remix it was crazy. Over a dark Mr. Slash beat, all three kill this, with Scorcher sounding especially threatening.

You’re My Everything by Diana Ross and Marvin Gaye used to get banged out when my mum was doing the cleaning on the weekends so when I first heard the sped up “I called out your name, I felt so ashamed, when it wasn’t you” at the beginning of this tune I knew exactly what it was. This song sees Scorcher, Wretch, Ghetts and Buck pour their heart out about the legal situation Mercston found himself in.

I loved the film Bugsy Malone as a kid. It came on TV one day, and my dad was like “you have to watch this movie.” I even tried doing the middle parting that they rock in the film. So when I heard the opening bars of The Grind with Scorcher and Mercston, which sampled ‘Down and Out,’ I was mad excited. And I wasn’t disappointed, Scorcher and Mercston spit a madness over this beat with Scorcher spitting “Man I’ll come and shut your block down, you can call it real estate, summertime I love the grind, we aint got to sleep for days”

Back in a Big Way

Ok so this is a Ghetts solo tune, but it is on The Movement’s mixtape. This tune sees Ghetts spit over the same beat from his ‘Risky Roadz’ freestyle, starting off spitting the same bars until switching it up for new lyrics. The energy of both Ghetts’ and the beat show why he is so widely respected, with the tune exhibiting his speedy flow, humour, multi-syllable rhyming and hype.

Another solo track off the Tempo Specialists mixtape, this time it is Lightning. For something, Lightning is forgotten when people talk about The Movement and he shouldn’t be at all. He has had a steady string of releases, and Ghetts even said that Lights first mixtape ‘Young and Gifted’ inspired ‘Ghetto Gospel.’ This one sees him spitting over a sample of the O’Jays tune ‘My Darling Baby,’ using the metaphor being that money is his darling baby, and explaining what he would do to get it.

I love a summer tune, there are so many good summer memories, staying out until late, going shop for ice poles, waiting for the ice cream man, BBQs. This song sees Scorcher, Wretch and Ghetts reminisce on those days. The three start off talking about the old games and cartoons they watched when they were younger. This song is especially great because it is a deviation from their usual content, this song sounds fun, the trio having jokes with each other throughout the song. Scorcher is talking about knocking for people instead of calling, Ghetts saying he was like Tony Hawks on a skateboard, Wretch referencing Boom, Boom, Boom let me hear you say Wayo. Much like Kano’s ‘T-Shirt Weather in the Manor’ this one perfectly captures those summer memories.

Off the classic Devlin mixtape ‘Tales from the Crypt’ comes this one. This tune sees Devlin, Scorcher, Ghetts and Wretch spit about the realities of shotting. Devlin kicks off with the memorable bars “I got a phone call from a shot, He said he was outside the shop, But I’m meeting him outside the block, I’ll be there in two secs”, before going into a story about a deal gone wrong. Ghetts opens with “I be carrying weight on a rundown shabby estate, The cats go to the alley and wait, The other day I gave Harry a taste, I got the peng so my salary’s raised” with Wretch coming in after Ghetts, spitting a verse full of metaphors and punchlines. Scorcher then round things off with “I’m going out like Scarface but none of you’s seem Sosa,” before spitting a verse about his desire to become more than just a dealer but a supplier. This tune is a classic.

When Ghetts dropped Top 3 Selected, he really showed why he was so highly rated, skipping all over the track with punchlines and multis. So when this remix came out, over a remixed Rapid beat, it gave Ghetts a chance to get The Movement on there along with Kano and Durrty Goodz, all elite MCs. Durrty Goodz’s verse in particular is crazy, with him doing a bit where his phone rings and he answers it and carries on spitting. This one was a madness.

It had been a while, but in 2015, Mercston bought the core four together for the remix to his All Now song. This song really brought the feeling back with Mercston even referencing “Used to Be,” the first song they were on all together.

With clips from old interviews and radio sets, this song invokes memories of the group. Mercston brings his fellow East Londoners Ghetts and Devlin for this song. Over a menacing Dot Inc beat, the trio spit like it was 2006 again, with Devlin taking us down memory lane of when “F**k Radio brilliant, East and North were the brilliant minds,” before spitting about how his career blew up.

The Movement as a collective might not have had as long a run as Boy Better Know, but as individuals they have continued to be a huge part of the scene with members receiving mainstream success along with still being highly respected MCs. And for that brief moment they were all together, they created classic moments, from these songs, to the F**k Radio sets, to the beef with Wiley. And there will always be moments when they come together and fans can feel that magic again.