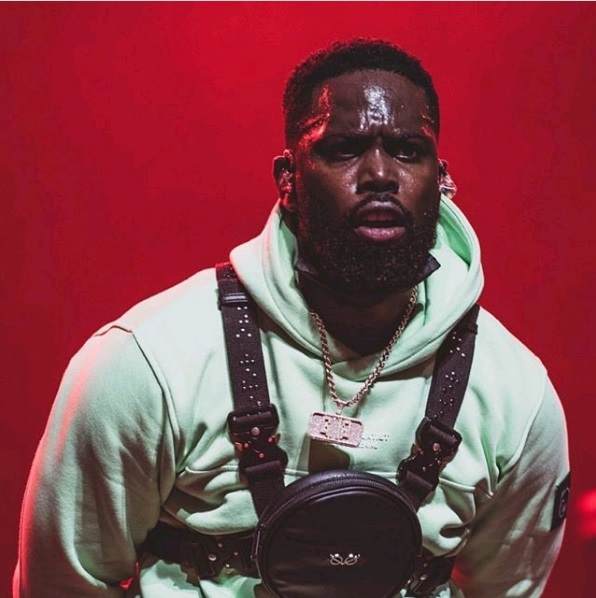 Recognising a sample in a song is one life’s great pleasures. Sometimes it can take a while to catch it, giving you this amazing sense of relief when you do. Sometimes it comes straight away providing a sense of familiarity, invoking those feelings that you have for the original song.

Last week Ghetts released his new single 'Mozambique.' A release from Ghetts is a big deal, so as soon as it dropped I had to make time to watch it. So imagine my excitement when in the first verse I heard the familiar sounds from Ghetts’ classic song ‘Top 3 Selected.’ And imagine my happiness when my wife turned to me and said “have they sampled the beat from ‘Top 3 Selected?’”

'Top 3 Selected' is a Grime classic. The beat that Rapid provided for Ghetts is so iconic, hearing the sample on Mozambique immediately took me back to 2007. Months ago I wrote about Ghetts’ run between 05 and 07, from when he released his famous Risky Roadz freestyle up until the release of ‘Ghetto Gospel.’ He was killing everything he spat on, features, Fuck Radio, DVD freestyles. While Ghetts first mixtape '2000 and Life' was really good, it didn't receive the same level of attention or success that Ghetto Gospel did. '2000 and Life was released to little fanfare,' this was the early days of Grime mixtapes. But by 2007, the grime scene was buzzing for Ghetts' next release. When it came time for the roll out for ‘Ghetto Gospel’ the first single released was ‘Top 3 Selected.’ The song wasn’t a boast, or even attempts to manifest that into the truth, no Ghetts was genuinely one of the best MCs not just in Grime, but in the country at the time. The song was also Ghetts' first solo video, this meant that it could get play on channels like Channel U or MTV Base. For those of us who listened to Logan on Kiss and were buying DVDs, listening to Fuck Radio, we knew Ghetts talent, but a video meant he had a chance to be seen by a new audience, one that might not have heard him before beyond features on Kano songs. Imagine your introduction to an artist is a song like 'Top 3 Selected.' Not only was Ghetts saying 'I am one of the best' but he was proving it with the quality of the song. With it he was staking a place in people’s minds that he was not an MC to ignore.

In an interview with Vice, Ghetts put together his favourite Grime songs and included this one one in the list. He said: “This one, produced by Rapid, was one of the very first, really lyrical grime tracks. Because of that, rap fans liked it because it sounded different, lyrically, to how a lot of grime was presented at that particular time, in 2007.” In these articles I have spoken at length about the divide in the early days between UK Hip Hop and Grime at the time. UK Hip Hop fans at the time had been used to a certain type of sound, boom bap beats, lyrical MCs, so when Grime came about it was a shock to the system and many fans tried to downplay Grime. But a track like this was undeniable, the skill level that Ghetts was exhibiting couldn’t be matched by many, from both the grime scene and the UK Hip Hop scene. From the punchlines, the flow, the multi syllable rhymes, the beat, they way it all came together was magic. Ghetts was showing that he could go toe to toe lyrically not just with those within his own scene, but with those in the UK Hip Hop scene.

And even though it was a more lyrical track than Grime fans might have been used to, Ghetts still spat some extremely memorable lines that can dig into your brain and get a strong reaction when he was on Radio are at a rave. All it takes for you is to say “I’ve got an open mind,” and someone can carry on with “but if my money don’t multiply I’ll be rolling by with an open eye like ‘show me the money.’” And if anyone says “there’s no introduction needed, I’m a genius” everyone knows to follow up with “and I’m even schooling seniors.”

‘Top 3 Selected’ was a breakthrough song for Ghetts, increasing his popularity and recognition. For those of us who had been following his career for a while, it was a moment of validation, as a wider audience now saw the elite skills that he was exhibiting. I had been hyping up Ghetts to everyone who would listen from when I heard him kill the 'Mic Check Remix' so when this came out I was so happy that other people were catching on. By coming out of the gate with a song like that, he took his place as one of the best to do it. And the Top 3 Selected tag is something that has stuck with Ghetts throughout his career. The old stereotype was that artists would diminish with age, in both Hip Hop and Grime. And this could refer to both their skill levels and their relevancy levels. The genres are seen as a young man's game, we all vividly remember Jammer's bar "I'm a big man but I'm not 30," or even Ghetts talking about Wiley's age on his diss for him. But now everyone from that era has gone past 30 and they are still popular and still supremely skilled. In America over the last few years there has been a real movement in more mature Hip Hop, Jay-Z's '4:44' received critical acclaim for how honest and vulnerable it was, Little Brother and Phonte as a solo artist have released albums which talk about marriage, divorce,health. And in the UK we are seeing the same things, from Klashnekoff's 'Iona' album dealing with the loss of his mother and the aftermath of that or Kano's 'Hoodies All Summer' speaking on institutional racism and the pitfalls of the street life. And Ghetts of course released 'Ghetto Gospel: A New Testament' an album which touched on topics like faith, colourism, gang violence, racism and more. And as the years have progressed, his skills haven't diminished,instead Ghetts has continuously stepped up his game.

How does ghetts keep getting better?

Seeing Ghetts' growth as an MC, an artist but also as a man over the years has been fascinating. And through it all Ghetts' has been considered one of the best to do it. Joe Budden on his podcast has described some people as alien MCs, those who do things with words that other MCs can't do. In that list he includes people like Black Thought, Pharoahe Monch, Royce Da 5'9", Lupe Fiasco and Elzhi. For me Ghetts is one of those alien MCs, the way he puts words together is alien level. By invoking the spirit of 'Top 3 Selected' on 'Mozambique' Ghetts is reminding us of his place in the scene, a place that he hasn't left since he declared it 13 years ago.