HomeExclusivesM24 talks rise of music career, plans for 2021 & much more! 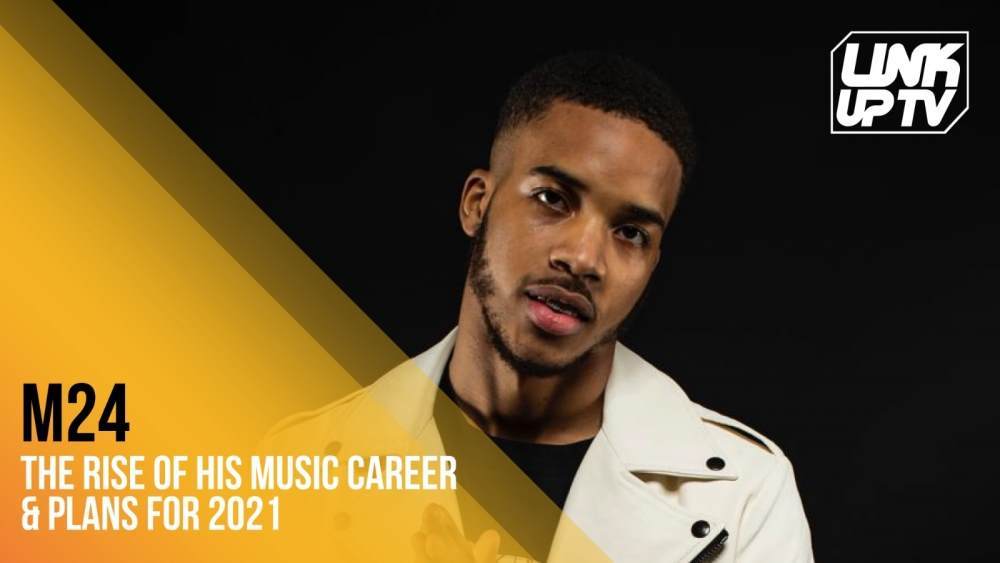 Originating from Brixton – the heart of London’s drill scene, prominent rapper M24 talks with us on his music career so far, including upcoming plans for 2021; and more. Known for starting out with collective #150, heavily contributing to the rise of UK drill pioneering the sound we have today, he has showcased his impressive talent over the past few years. M24 has displayed incredible perseverance and joy in creating music, through various drill flows, rap styles and hard-hitting wordplay presented on compelling production.

M24 has undeniably made a huge impact on the scene and culture breaking through with hit single ‘Do It & Crash’ with Skengdo and AM in 2017, surpassing 2.5 million views on YouTube. Becoming increasingly popular, making debuts on major freestyle platforms such as ‘Lightwork Freestyle’, and ‘Mad About Bars: with Kenny Allstar’ M24’s achievements are highly reflective of his consistent work rate. 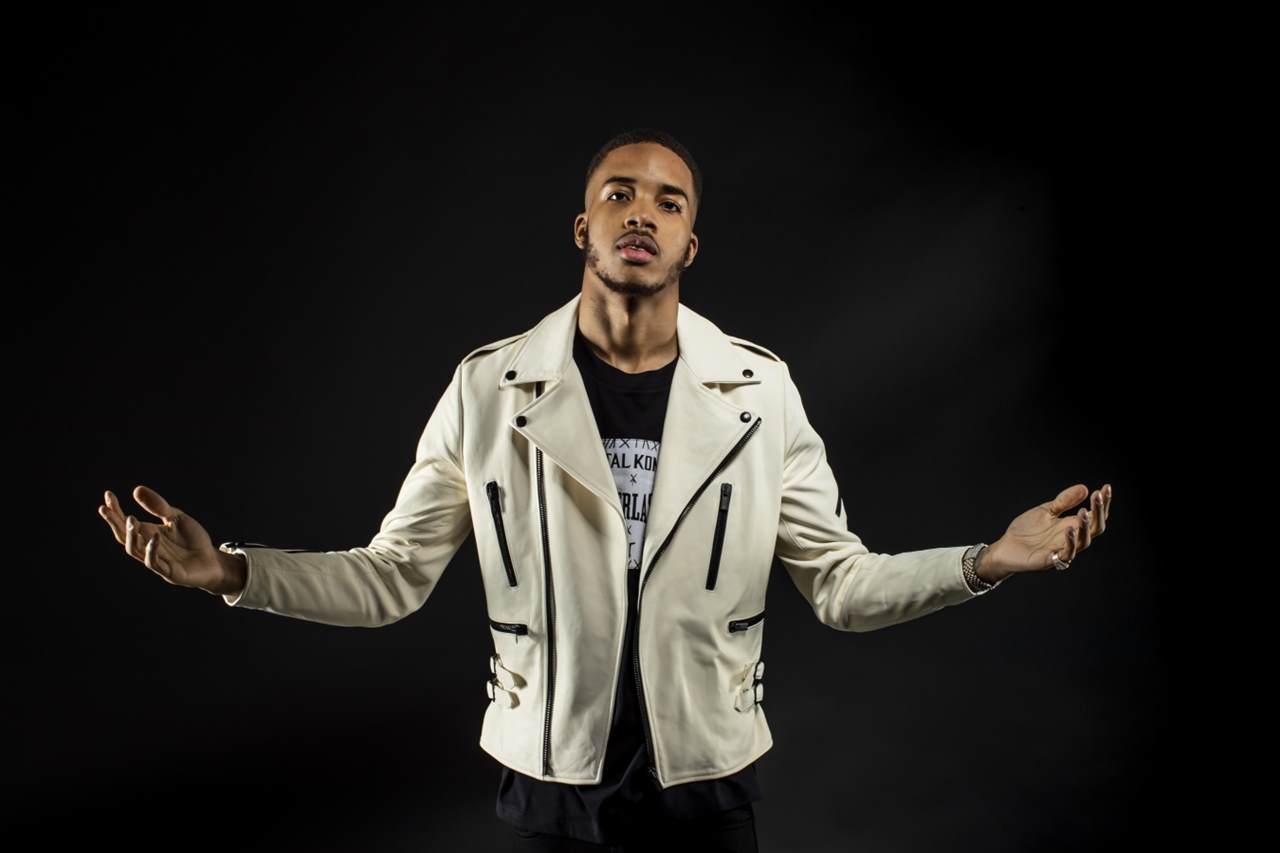 Proceeding into 2019, M24 agreed that is where his career massively took off, unleashing the release of ‘We Don’t Dance’, securing the nation’s interest becoming an immense success. He said "I feel like when I released ‘We Don’t Dance’, all the tunes I dropped before didn’t really elevate LIKE THAT, if you know what I mean. It's different to my usual sound. I don’t even really like the song like that (laughs). I can’t see myself listening to that tune right now". Touching on the intentions of the track he explained how "All the music I release is really just all me having fun. I enjoy making music so whatever comes with it, comes with it".

With Covid and lockdowns generally affecting large areas surrounding the music industry, we discussed whether or not that interrupted him making music as he seemed to still be quite consistent throughout. "Corona didn’t even stop me in terms of recording and doing videos", he said.

"I feel like it’s kind of better as well. Everyone's just at their house and tuned into their socials a bit more. It was all home studio’s. We brought all the equipment to my house and were just recording from there". Regardless of the situation, M24 pushed through and released his debut mixtape 'Drip and Drill'.

"The process for that was the same thing. I made it during Covid whether that was at home or in an apartment. I had all the equipment there, the laptop, the mic and I just recorded every track there. I only included one track that I recorded before lockdown which was 'Peter Pan', but even that I made in an apartment as well so there’s not really any difference. I didn’t even know a mixtape was the plan, I was just recording, and recording, and halfway through I thought, I might as well do a tape. I didn’t really think of shouting anyone outside of 150. But my next project is definitely going to be a bit different".

Since 2017, M24 has evidently built a strong discography releasing many street anthems as well as club hits showing his sense of versatility throughout. Releasing a debit tape is a huge step for an artist, and his ability to do so in 2020 was testament to his talent and consistency. We discussed whether he felt that last year was his most successful year so far; he said: "It’s hard to say because in 2020 I didn’t do any shows like I did in 2019, so it’s kind of hard to gage it in that sense. But, if I did then it most likely would’ve been".

Apart from the tape, M24 was also taking lead in the drill scene through various collaborations including highly approved hit single 'London' with Tion Wayne. M24 claimed that he feels as all collaborations happen "Naturally".

"Tion reached out to me, we linked up and just made it happen. He brought me out at his show in Brixton, my hometown, which was a big thing for me. It was one of the biggest shows I’ve ever performed at so it was always love from there. My favourite collabs so far are probably the Morrisson and Rimzee tracks. I really like the fact that they were different and people really took to them in a good way."

In the UK scene, making the transition to becoming commerical and charting has become desirable for many artists looking to widen their audience. Speaking of whether this is something M24 himself is something he is working towards, the rapper said: "Of course! That’s what I’m going to head towards more from now. Last year I was just having fun with it. This year I’m gonna take my music a bit more serious and just go for it. On this upcoming mixtape I’m going all out. I’m going to get some features in there too, some more mainstream sounds. I feel like people will be surprised by the tape and it’s features!"

As an artist it is important to appreciate your own work and put out music that contains a deeper message. M24 opened up to us on the reasoning behind his favourite track released so far. "It has to be ‘Too Much Pride' because I feel like a lot of people haven’t really heard my rap stuff yet, but when I listen to that track it hits me somewhere different."

As M24 and the others in collective; 150 were hugely influenced by the US drill scene, they pioneered what UK drill music is today. It is only right, then, that a time has come where we see the two regions join forces and fuse their sounds. We saw this in January when M24 and hit sensation Fivio Foreign unleashed 'Fashion', through 'The Plug'. Not only is this one of the most notable US and UK collaborations of the time, but it was a huge move for M24.

"I’ve been on Instagram live with Fivio - on the day ‘Fashion’ came out and we talked behind the scenes as well. He's a good guy. America’s got the coldest artists right now like Lil Durk, and a couple others. But yeah Lil Durk is hard, trust me. He’s cold!"

After a long year of Covid, lockdowns and hard times, artists are more motivated than ever. Entering a year of neccessary hard work and dedication to music, M24 tell us his upcoming plans for 2021, leaving us highly anticipated for what he has to offer in the coming months.

"I've got a mixtape coming out, I’m just going to be releasing singles until then and visuals too. I’m doing a video shoot very soon so that’s something to look forward to as well. I’m working though, I’m working! Right now, I’m not too active on socials but I’ve been behind the scenes working".

Tap into M24's latest release 'Is It' below!