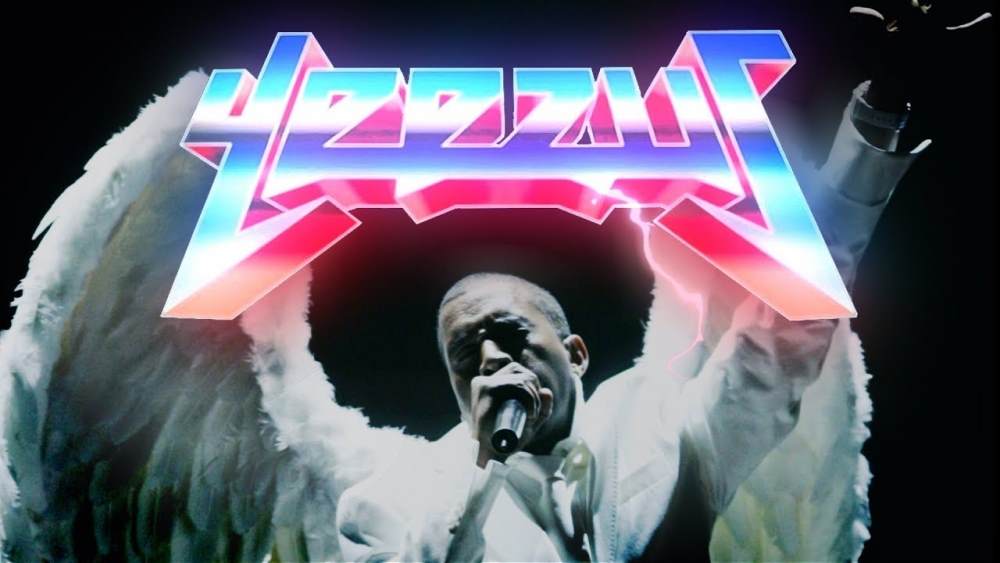 How does one follow their magnum opus? Bask in the glory, ride the coattails of its success for the foreseeable future perhaps? For many artists this proves a popular course of direction… but not for the true visionaries. The genius’, if you will. Welcome back to our exploration and journey through the life and career of Kanye Omari West. Previous instalments can be found below, so if you have a little catching up to do before we progress now would be the time. ‘The College Dropout’. ‘Late Registration’. ‘Graduation’. ‘808’s and Heartbreak’. ‘My Beautiful Dark Twisted Fantasy’.

Kanye had risen from the ashes of his own misdemeanour, delivering a sheer sonic spectacle marketable to the masses. MBDTF not only solidified his position as rap game royalty but elevated his blazing star to heights rarely reached by those who exist within our culture. Beyonce, Gaga, West. His moniker is no way seems out of place amongst legends, and whatever sacrifices Ye makes in his pursuit of both artistic and personal fulfilment can not distract from his limitless creativity and consistent output. Both Complex and Billboard respectively named his fifth studio effort album of the decade, confirming its widespread influence and overall importance to the development of our sound. Never before have I seen an audience literally lose their minds after hearing a single piano key as they do during the introduction to ‘Runaway’, it’s truly amazing. MBDTF a la ‘Graduation’ was littered with hits at home in packed out arenas, dripping with excitement and anticipation.

Doubling down in the studio, next up for Ye was a little collaboration with non-other than Jay-Z. Given the history of the two icons, to me, it was always inevitable that a full-length EP would surface at some point in their careers. I don’t want to spend much time dwelling on this project however impressive it may have been. Its tracklisting was jam-packed with high energy singles soaked in lavish, grand production. The feature list included the likes of Beyonce and Frank Ocean, and ‘Watch The Throne’ met every expectation that the formation of this supergroup brought to fruition. The album never drifts too far from the familiar territory its hosts are accustomed to both in production and lyrical content, but we as fans never ask it to. Personally, I didn’t look for a groundbreaking, genre-pushing project. What I wanted to see was two of Hip-Hop’s very best exert their dominance over the game, showcasing exactly what helped them arrive at the top. That’s what we got right? And the accompanying tour goes down in history as one of the most stacked performance cards ever boasting hit after hit from both Jay and Ye’s catalogues, set against a stage and lighting design built for the damn gods. But those close to Ye know that the safe and secure atmosphere of the mainstream can only satisfy his insatiable appetite for so long. Sooner or later, the man has to create.

“No one man should have all that power”. Ye’s star was burning brighter than ever before, and so was his ego. Deciding to cut his teeth in the world of fashion he offered himself a new challenge. One which would shatter his own expectations and challenge the strength of his own influence. It comes down to being bigger than music, essentially. A partnership with Nike was soon presented to the table, and in the early stages, this proved to be a fruitful and successful venture. The Yeezy’s, however, surpassed the levels of popularity predicted, causing Kanye to demand royalties matching those of an NBA player. Nike, of course, didn’t want to hear this, resulting in a string of interviews and live performance rants aimed at the sports giant. Feeling somewhat a slave to the industry, Ye didn’t want to seem like or be treated as an employee anymore. In the community, people began to cry out for more music, music that would match the feel and stature of MBDTF. Ye had no desire to produce more of the same, and the result of his disenchantment with boardroom staff and critics would be his most eccentric and boundary-pushing project to date.

Kanye creates what Kanye wants to create. He operates on his own terms and really couldn’t care less what people think about it. If ‘Yeezus’ doesn’t personify that sentiment exactly then I really don’t know what does. Experimental music had begun to gain more traction as the music world arrived online, spreading outward through the world from its European roots. With everyone suddenly able to access a wide array of genres and musical content instantaneously tastes were always going to grow. Kanye brought this sound to the United States with a myriad of brash, noisy tracks packed into the 2013 EP. ‘On Sight’ acts as it’s the perfect opener, with its uneven crash of synths drawing us into this rollercoaster of innovative new Hip-Hop. The first bunch of tracks include ‘Black Skinhead’, ‘I am a God’ and ‘New Slaves’ all of which explore the intense, animalistic dark side of the human psyche. Skinhead depicts the direct outcome of the vain rockstar lifestyle West has adopted. His conceited lyrics partner the in your face industrial beat perfectly, as he raps about the volatility of his ego-driven persona. And while intense, the song is incredibly catchy. The perfect pre-game song if you will.

‘New Slaves’ can easily be seen as one of Ye’s most politically driven statements since his unsubtle message to George W. Bush, as the song focuses on the reality of modern-day racism. He eloquently ties it back to the broken prison system of America, attempting to motivate those listening not to follow the pack. To create their own narrative worthy of support by others. It’s that perfect Kanye mix of social commentary meets ego and fame, resulting in a visceral listening experience as pleasing to the ear as it is unsettling. The outro of the track, quite simply put, is beautiful. Kanye croons over the elaborate and dream-like instrumental as we the listener step into a (hopefully) brighter future. ‘Blood on the Leaves’ also echoes the themes of disillusionment and injustice, with the sample of Billie Holiday’s ‘Strange Fruit’ proving both haunting and masterful.

Kanye wasn’t alone in his production of the album, as a young Travis Scott was given the opportunity to show his worth in the studio. It’s darker nature obviously proceeded to influence his style in future projects, as certain cuts could easily be at home on a ‘Rodeo’ or ‘Astroworld’. Ye’s eye for talent remains as effective as ever and he would go on to repay the Houston rapper through collaborations in his own discography. They also pretty much became family by law, so there’s that too. Keep it in the house right? The overall feel of the album is certainly a dark one. Lighting bursts of energy keep us on our toes, but its most surprising moment comes in the form of the final instalment. ‘Bound 2’ is a celebration of Ye’s love for the mother of his child. Charlie Wilson’s vocals provide one of the most fruitful and fitting features of the decade. It also spawned the James Franco and Seth Rogen video parody, I'll let you seek that one out for yourselves!

This is not an album you could ever play on the radio. It was never made for that purpose. The project is a giant middle finger to the mainstream, exhibiting an experimental taste which cements Kanye as one of the biggest pop culture figures in the world. It’s summer of release marked many milestones for him, including both a marriage proposal and the birth of his first child North West. For the moment, the future seemed bright for this trailblazing icon of modern music.

Two more instalments to come. Next up, The Life of Pablo.